Mark Trammell began his singing career in the 1970s with the Senators. He joined the Kingsmen Quartet in 1978 to play bass guitar. For a short period in 1979 between the departure of Squire Parsons and the arrival of Wayne Maynard, he also sang baritone for the Kingsmen. In 1980, Mark was hired to sing baritone and play bass guitar for the Cathedral Quartet, replacing Steve Lee. He would remain with the Cathedrals for the next decade.

Mark Trammell is also a songwriter with compositions recorded by many Southern Gospel artists.

hi-res
2003 Treasures Of The Heart, Volume One (Crossbridge Music/CBD0302): Great Is Thy Faithfulness; Does Jesus Care; Heaven Came Down; It Is Well With My Soul; Jesus Paid It All; He Keeps Me Singing; Turn Your Eyes Upon Jesus; Until Then; I'd Rather Have Jesus; No One Ever Cared So Much For Me.

hi-res
2007 Treasures Of The Heart, Volume Two (Custom Records/CD0976): Since Jesus Came Into My Heart; Jesus Medley; Holy Holy Holy; Just Over In The Gloryland; God Leads Us Along; Saved Saved; How Great Thou Art; Softly And Tenderly; Count Your Blessings; Only Trust Him. 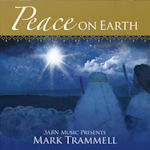 hi-res
2009 Peace On Earth (3ABN Records): There's A Song In The Air (Medley); I Wonder As I Wander; Go Tell It On The Mountain; Let There Be Peace On Earth; Angels From The Realms Of Glory; O Come, O Come Emmanuel; It Came Upon A Midnight Clear; Come Thou Long Expected Jesus; Do You Hear What I Hear; Tell Me The Story Of Jesus.