Jim got his start singing with Cecil Blackwood in the Songfellows Quartet in 1952. This is the group for which Elvis Presley presumably auditioned and was turned down due to his inability (at that time) to sing harmony. Jim met Cecil Blackwood when his father, Rev. James Hamill, preached at the Blackwood Brothers’ home church in Memphis, TN. He also performed with the Melodymen Quartet, Revelaires Quartet, and the Foggy River Boys.

Over the next several years, Hamill sang with the Weatherfords, the Blue Ridge Quartet, the Rebels from 1958 to 1960, and the Oak Ridge Quartet/Boys, and then back to the Rebels for seven years (1964-1971) He would later grow critical of the direction taken by the Oak Ridge Boys after his departure. Hamill is best remembered for the 25 years (1971-1996) he spent singing lead and doing emcee work for the Kingsmen Quartet of Asheville, NC. His unique brand of comedy and song arranging was key to the unique Kingsmen sound. He left the Kingsmen for a brief period to sing with Senators in 1976, but soon returned to the Kingsmen. Another important part of Hamill's legacy was his role as a mentor to younger singers. This aspect of his personality extended beyond the Kingsmen family to numerous up-and-coming groups over the years. Jim is well-known for emceeing the Kingsmen live albums for over 20 years.

After retiring from the road, Hamill continued to appear at select dates with the Kingsmen at events like the National Quartet Convention. He was also frequently in demand as a guest emcee for various events across the country. Hamill’s induction into the SGMA Hall Of Fame came in 2004 after a petition was circulated among Southern Gospel fans and submitted to members of the organization.

After an extended illness, Jim Hamill passed away on November 29, 2007. 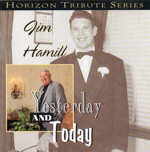 hi-res
1996 Yesterday And Today (Horizon Records - HR05372): Nobody Like My Lord; Runnin' In The Rain; Time Has Made A Change; One More River To Cross; The Lost Sheep; It Will Be Worth It All; Glory Bells Ring; The Stranger Of Galilee; Old Apple Tree; I Won't Have To Cross Jordan Alone. 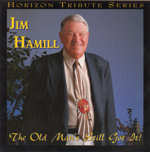 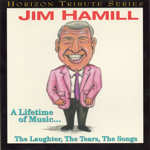 hi-res
1998 A Lifetime Of Music...The Laughter, The Tears, The Songs (Horizon Records - HR07092): Walking On Holy Ground; Interview: Jim's History In Southern Gospel Music; Grandpa's Way; Interview: When Jim First Heard The Apple Tree Song; Old Apple Tree; Funny Stories From Past Live Projects; Interview: Jim Remembers Peg McKamey Bean; He Will See You Through; Roy Acuff Revisited; There's A Blessing Coming Down; Jim's "Preacher Side" From The Past; The Pearly Gates; Nothing Can Hold Me Here; A Sincere "Thanks" From Jim; I Owe It All To Him. 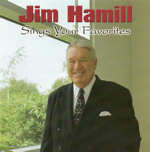 hi-res
1999 Sings Your Favorites (Horizon Records - HR07982): My Home Sweet Home; Precious Memories; Tears Will Never Stain The Streets Of That City; Come Unto Me; Oh How I Love Jesus; Excuses; Nothing But The Blood; Sheltered In The Arms Of God; Glory To His Name; My Lord's Been With Me All The Way. 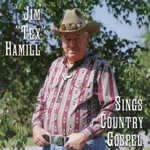 hi-res
2000 Jim "Tex" Hamill Sings Country Gospel (Horizon Records): I'll Still Be Singing; Whisper Mine; He's Bigger Than That; I've Been Washed In The Blood; He Brought Me Out; Sing A Little Song; God Will Work It Out; The Wanting In Me; One Day Closer; Headed For A Breakthrough. *All Songs Written By Laverne Tripp 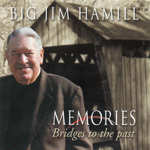 hi-res
2001 Memories Bridges To The Past (Galilee Music Group): He's In The Midst; Leave It There; Golden Toys; Walkin' Like Abraham; Lean On Me Awhile; I Call It Home; Look What I've Traded For A Mansion; Saved By The Hands; He Didn't Come Down; We'll Never Grow Old.

hi-res
2002 Old Time Christian (WW-5973CD): I'd Rather Be An Old Time Christian; He Keeps Me Singing; Stand By Me; The Hundred Dollar Bill Story; Hide Thou Me; I'm Ready To Go; His Eye Is On The Sparrow; Let My Life Be A Light; He Came Looking For Me; We Don't Stand A Chance; Love Lifted Me. 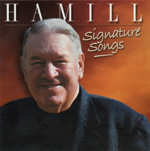 hi-res
2003 Signature Songs (JH-6445) : I'm Laying Up Treasures; Do You Know My Jesus; Grandpa's Way; Precious Memories; I'll Still Be Singing; Time Has Made A Change In Me; Excuses; Nobody Like My Lord; Whisper Mine; Tears Will Never Stain The Streets Of That City; He's Bigger Than That; God Will Answer Your Prayer; There's A Blessing Coming Down; The Apple Tree Song; Good Old Gospel Song; I Owe It All To Him.

hi-res
2004 The Best Of Big Jim Hamill Volume 2 (JH-6882CD): Glory Bells Ring; God Can; I Can't Do Without The Lord; One More River To Cross; I Won't Have To Cross Jordan Alone; Stand By Me; It Will Be Worth It All; Sing A Little Song; Runnin' In The Rain; Oh How I Love Jesus; Sheltered In The Arms Of God; The Stranger Of Galilee; Singing In The Choir; Soundtracks To All Songs. 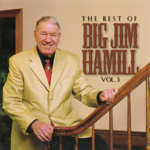 hi-res
2005 The Best Of Big Jim Hamill Vol. 3: Who's Gonna Teach Them; I'm Headed For A Breakthrough; The Wanting In Me; Walking On Holy Ground; There's A Blessing Coming Down; God Will Work It Out; One Day Closer; He Will See You Through; A Little Bit Of Faith; I've Been Washed In The Blood; He Brought Me Out; The Lost Sheep; Soundtracks To All Songs. 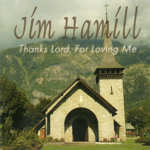 hi-res
???? 50+ Years Of Gospel Music (WMP-5980):
All articles are the property of SGHistory.com and should not be copied, stored or reproduced by any means without the express written permission of the editors of SGHistory.com.
Wikipedia contributors, this particularly includes you. Please do not copy our work and present it as your own.