The Believers formed in 1979 in Roanoke, Virginia. Early members included Candy Pfeifer, Kathy Lawson, Lee Lawson, Jeff Snyder, Mark Layman, and David Lawrence. In the early years, The Believers practiced in the basement of Jack and Betty Lawson, the parents of Lee and Kathy. In 1981, the group name was changed to the Pfeifer Evangelistic Singers. They began singing at revival events where Candy's father, Don Pfeifer, was preaching. At this point, they relocated to Waverly, Ohio where Don Pfeifer's ministry was based. The group name went through several iterations in the early 1980s before being simplified to The Pfeifers.

Candy was ultimately joined by her brother, trumpet player, and singer, John Pfeifer. Mary Jane Carter would eventually join as well. Other group members have come and gone, but these three have been the consistent members who have continued The Pfeifers' musical legacy. 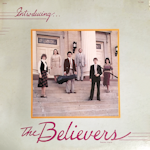 hi-res
198? Introducing The Believers (Custom Records/TH-1029): What A Beautiful Day; Ready To Go; Light At The End Of The Darkness; I Never Shall Forget The Day; He Will Roll You Over The Tide; I Saw Love; Stepping On The Clouds; Leaving On My Mind; It's My Desire; Till He Comes. 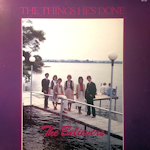 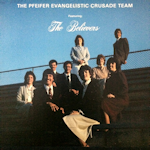 hi-res
198? Featuring The Believers (Custom Records): They're Holding Up The Ladder; Rise Again; My Savior First Of All; Canaanland Is Just In Sight; I Love Him Too Much; His Touch; Since The Comforter Came Down; I've Never Been This Homesick Before; (In The Valley) He Restoreth My Soul; He Knows What's Best. 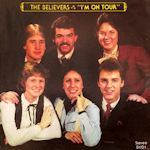 hi-res
1981 I'm On Tour (Custom Records): Somebody Loves Me; I Believe He's Coming Back; I've Already Won The War; The Eastern Gate; I'm On Tour; Oh What A Happy Day; Joy Comes In The Morning; I Love To Talk About Jesus; When The Saints Go Marching In; I Will Live My Life For Christ. 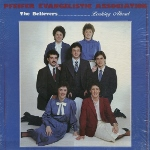 hi-res
1983 The Believers...Looking Ahead (Pfeifer Evangelistic Association): This Could Be The Day; He Came To Me; Step Into The Water; The Galilean; I'll Drop My Anchor; I Will Glory In The Cross; I'm Living In Canaan Now; Whiter Than Snow; Goodbye World Goodbye; When The Clouds Roll Back. 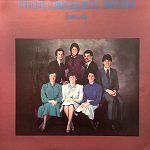 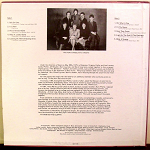 hi-res
1983 Reminiscing (Pfeifer Evangelistic Association): Sail On Over; It Is Well With My Soul; We're Almost Home; What A Lovely Name; Leaning On The Everlasting Arms; Oh, What A Day; It's My Desire; Here They Come; Light At The End Of The Darkness; What A Singing. 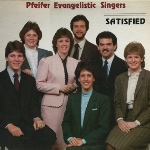 hi-res
1984 Satisfied (Pfeifer Evangelistic Association): I'm Satisfied; His Tomb Is Empty Now; We Shall See Jesus; I Can't Keep It To Myself; Worthy Of Praise; Love Grew Where The Blood Fell; He's On The Throne; Praising Him; The River Of Love; Everywhere I Go. 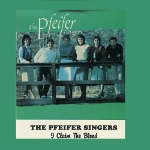 hi-res
1985 I Claim The Blood (VCP81487): I Claim The Blood; He Redeemed Me; I've Been There; What A Meeting; Take Us Home; Turn It Over To Jesus; Amazing Grace; I'm Looking For Jesus; Only The Redeemed; The Fire Has Never Gone Out. 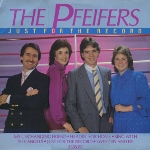 hi-res
1986 Just For The Record (Newsong Records/NS009): Just For The Record; There's Been A Change; My Unchanging Friend; He's Working In The Temple; In The Sweet By And By; Headin' For Home; Not Until; You're Still Lord; Sing With The Angels; Out To Sea. 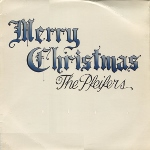 hi-res
1986 Merry Christmas (Newsong Records/NS018): Christmas Everyday; Silent Night; Christmas; God Rest Ye Merry Gentlemen; It's Beginning To Look A Lot Like Christmas; I Heard The Bells; Go Tell It On The Mountain; Angels We Have Heard On High. 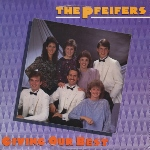 hi-res
1987 Giving Our Best (Newsong Records/NS020): Believing Is The Victory; Lights On The Edge Of The Shoreline; He Looked Beyond My Faults; Take Me To The Gates; There's Never Been A Mountain; Less Than A Moments Notice; The Tomb Is Empty Now; A Song The Angels Cannot Sing; Won't It Be Wonderful There; Yes Lord Yes. 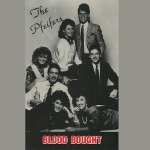 hi-res
1989 Blood Bought (VCP13089): Standing Ovation; The Blood Bought Church; Majesty; Springs Of Living Water; I'm Free; When God Gets In The Battle; He Pointed Me Toward Home; I Saw The Light; Led Out Of Bondage; His Touch. 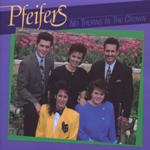 hi-res
1991 No Thorns In The Crown (Homeland Records/HD9035): No Thorns In The Crown; It Was Me; I Just Came Back To Cry Holy; The Power Of Death Was Broken; Battle Hymn Of The Republic; It Sure Looks Different; Childlike Faith; Love Stood Alone; The Mover Of Mountains; Blessed Assurance. 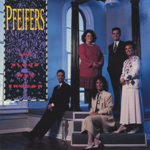 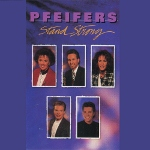 hi-res
1994 Stand Strong (Homeland Records/H9412): Walkin' Talkin' Testimony; He Won't Stop Loving Me; Relax; Just A Closer Walk; Stand Strong; Glorious Song In The Morning; The God Of Glory; When The Saints Go Marching In; I'll Fly Away; He Loved You Then; Further Still. 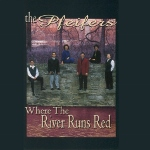 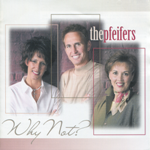 hi-res
2001 Why Not (Royalty 1 Records): Jumpin' In; Father's House; Why Not; Streams In The Desert; I Don't Remember That; Glory To His Name; I Will Trust Him; Headin' Toward The Sun; When God Dips His Love; Coming Home. 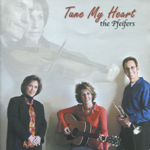 hi-res
2004 Tune My Heart (Royalty 1 Records): Run To The Blood; Take It To The Lord; Jesus Saves; Back To My Senses; A Childlike Faith; Oh The Blood; More Than Just Religion; If I Am Wrong; We've Weathered Storms Before; United Through It All; When Desperation Meets Faith; Get Out Of The Boat; We Shall Behold Him; Tune My Heart. 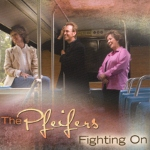 2007 Faithful: I Go To The Rock; We Shall Behold Him; Oh The Blood; United Through It All; Wake Up The House; Shout To The Lord; Midnight Cry; Praise The Lord; Coming Home; Jesus Paid It All. (John Pfeifer, Candy Pfeifer, Mary Jane Carter). 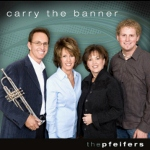 hi-res
2008 Carry The Banner (Custom Records): State Of Grace; He Still Does It All; There Is A Healer; I Will Stand; The King Is Coming; Don't Make Me An Offer; When That Day Comes; He Did; That's My Dad; Holy, Holy, Holy.