The Akins were made up of three brothers (Eli, Nick, and Dave) and their dad (David). They wrote their own songs and play all of their own instruments.

David, the father, began in 1988 when his three sons Dave, Nick, and Eli were children. While leading music at a youth retreat, David met a man named Jonathan whose father was a well known preaching evangelist. Jonathan's father had recently passed away. Jonathan shared with David that he knew his father loved him, but he was in high demand and was usually not able to be at home. His eyes then filled with tears as he told David that he wished he could have known his father better. That night David went to his hotel room and spent some time on his knees in prayer. He asked God to give him something he could do with his family so that his three sons would not grow up and have to say that they never knew their father.

In July of 2008, The Akins signed with Crossroads Records. Their self-titled 2009 CD featured their # 1 hit "I Want My Stage To Be An Altar." 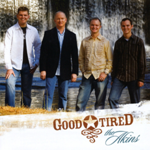 hi-res
2008 Good Tired (Crossroads Music): Good Tired; Make A Difference In This World; When You're In Love; Good To Know It's Not The End; It Is Well; Peeples Road; We Only Have Today; The Cross Gives Me Hope; I Stand In Awe Of You; Blessed Assurance; End Of Time - Dave And Sarah's Song/Look Around. (Nick, David, Dave, Eli). 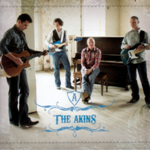 hi-res
2009 The Akins (Crossroads Music): Faith Thing; I'll Be Happy When; What If God Says No; Any Day Now; Comfortable; I'll Fly Away; Nothin' But The Blood (Instrumental); I Want My Stage To Be An Altar; Love At First Sight; God's Company; When You Get Home; The Moment. (Nick, Eli, David, Dave). 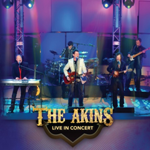 hi-res
2011 Live In Concert (Crossroads Music): Faith Thing; Comfortable; I'll Fly Away; Nothin' But The Blood (Instrumental); Blessed Assurance; Look Around; Good To Know It's Not The End; I'll Be Happy When; Sweet Beulah Land; Love At First Sight; God's Company; When You Get Home; What If God Says No; The Cross Gives Me Hope; Peeples Road; Any Day Now; Good Tired; I Want My Stage To Be An Altar; Victory In Jesus. (David, Nick, Eli, Dave, Zack Brooks). 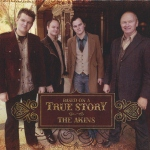 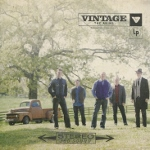 hi-res
2014 Vintage (Custom Records): Revive Us Again; Joyful, Joyful We Adore Thee; In The Sweet Bye And Bye; When We All Get To Heaven; Go Rest High On That Mountain; There Is Power In The Blood; Nothing But The Blood; Arise My Love; He Looked Beyond My Fault; Amazing Grace; Sweet, Sweet Spirit; I Saw The Light. (Nick Akin, Lucas Vaughn, David Akin, Dave Akin, Eli Akin). 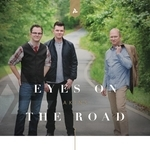 hi-res
2017 Eyes On The Road: Eyes On The Road; Seek First; I Need Your Love To Love Her; You'll Never Break A Promise; Dying To Be With You; Down To Nothing; The Lullaby; God Revive Us; It All Comes Back; As For Me And My House (David Akin, Nick Akin, Eli Akin)