David Phelps is the son of Gene and Mary Ella Phelps of Tomball, Texas, where he graduated from Tomball High School in 1988. Phelps then majored in music at Baylor University where he graduated with a degree in vocal performance in 1992. In 1997, Phelps’ talent came to the attention of Mark Lowry who recommended him to Bill Gaither as the next tenor singer for the Gaither Vocal Band. Phelps sang with the group until 2005 when he left to continue a solo career that was already underway.

In 2009, Phelps, Mark Lowry, and Michael English all returned to the Gaither Vocal Band to create an all-star lineup. Lowry and English departed in 2013 followed by Phelps in 2017.

Phelps’ song “Catching Santa” was featured in a nationwide television ad campaign for Google’s Pixel smartphone in 2019. He and his wife Lori also host concerts in a barn on their property where several of his video releases have been filmed. 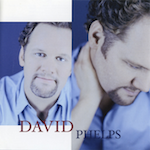 hi-res
2001 David Phelps (Gaither Music Group/CMD1021): I Cry, You Care; End Of The Beginning; Someone Who Cares; Freedom Song; Miles And Miles Away; No More Night; Let The Glory Come Down; You Can Dream My Child Is Coming Home; The Wind And The Waves; Fly Again.

2007 No More Night: Live In Birmingham

2017 Hymnal: Come Worship; Brethren, We Have Met To Worship; In The Garden; He Lives; How Great Thou Art; Only Trust Him; Wrestling With God; I Surrender All; It Is Well With My Soul; Something Beautiful; Goodbye World, Goodbye; Battle Hymn Of The Republic; As The Deer; Victory In Jesus; The Crown I Wear; Matchless Grace; Amazing Grace; Until Then.

2018 It Must Be Christmas (Gaither Music Group SHD9394): It Must Be Christmas; Go Tell It On The Mountain; Tennessee Christmas; Christmas Rush; Catching Santa; In The Bleak Midwinter; Anthem Of The Lord; Angels We Have Heard On High; What The World Needs Now; Sleigh Ride; Fall On Your Knees; The Little Drummer Boy; We Are The Reason; Feliz Navidad. 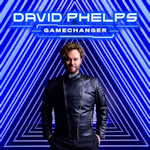 hi-res
2021 GAMECHANGER: I'm Gonna Love; Hello Beautiful; GameChanger, Be My Brother; Give It Time; It Was Water; Fix Myself; Eye To Eye; If I Forgive; Love On The Horizon; Last Night On Earth; Eventual Healing; I Remember What We Thought Love Was; Song For Sinners; Harmony.

David Phelps is a songwriter and former US congressman (Illinois 19th district, 1999-2003) who also sang in the Phelps Brothers with his siblings.

Gaining Ground
Sure Of It All