Claude and Connie married in 1961, and the group would start singing full time in 1970. Pianist Roger Talley joined the group in 1974 and stayed with the Hopper Brothers & Connie until his own family started a trio in late 1983. Roger's wife Debra Talley and brother Kirk Talley were also members of the Hopper Brothers & Connie. Other noted members included Rex Foster, Lee Chilton, Barry McGee, Sharon Watts, Shannon Briggs, Greg Bentley and Shannon Childress.

The group's vocal lineup solidified in 1989 after Dean Hopper married Kim Greene of the Greenes and Kim joined the group. The lineup of Dean, Kim, Claude, and Connie with Mike playing drums and occasionally singing bass has been consistent since that time.

After the departure of Childress in 1998, the group members pictured on album covers have been limited to family members Claude, Connie, Dean, Kim, Mike, Denice, and Karlye. Denice, who played piano and was married to Mike, left the group in 2003. She and Mike would ultimately divorce. Dean and Kim's daughter Karlye first appeared on an album cover in 2016 (Life Is Good). Karlye had been featured on some previous recordings. Several pianists (Josh Simpson, Lewis Wells, Trevor Conkle, etc.) have toured with the group since 2003. Kim's sister-in-law Taranda Greene and tenor singer Nathan Kistler have also toured with the Hoppers in recent years. Kistler was included on the special recording Hopper Brothers 2.0, but isn't credited on any of the main Hoppers recordings.

Due to the large number of projects recorded by the Hoppers, the discography section has been divided into separate pages by decade. Please click on one of the links below to access the decade you wish to view.

Dean Hopper has been involved with at least three spin-off groups over the years.

During the 1990s, Dean and his brother Mike Hopper recorded a novelty rap album billed as the Hip Hoppers along with band members Frank Mills and Shannon Childress.

In 2015, Dean and Mike launched the Hopper Brothers 2.0 with bus driver Matt Griffith and tenor singer Nathan Kistler. They recorded a self-titled CD that same year. Kistler was traveling and singing with the Hoppers at the same time. After Kistler left the group, Reggie Smith began filling the tenor role. 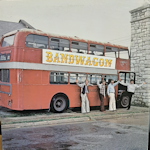 hi-res
197? Bandwagon (Tri-State Recording Company/TSRC-8739): The World Didn’t Give It To Me; In The Garden; Put A Good Word In; Bells Of St. Marys; Thankful; Do Lord; Won’t It Be Worth It My Child; It Is No Secret; I’ll Fly Away; Love Beyond Compare. (Also issued as Pickin & Singin billed as Hoppers Band with same product code TSRC-8739). 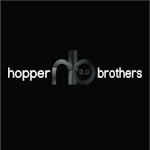 hi-res
2015 Hopper Brothers 2.0: Something Within; They Can't Take That Away From Me; He Touched Me; You Can't Give Up On God; I Believe In A Hill Called Mount Calvary; I Know; That's What I Love About Him; The Love God; I Just Feel Like Something Good Is About To Happen; We Believe. (Nathan Kistler, Matt Griffith, Dean Hopper, Mike Hopper).
All articles are the property of SGHistory.com and should not be copied, stored or reproduced by any means without the express written permission of the editors of SGHistory.com.
Wikipedia contributors, this particularly includes you. Please do not copy our work and present it as your own.