Alphus LeFevre formed his own group in 1977 after leaving the LeFevres in 1976. Initially, all the group members were high school seniors aside from Alphus. The first lineup included Barry Smith, John Outler, Scott LeFevre (Alphus' son), Sue Rathbun, and Cheryl Perkins.

Alphus LeFevre's nephew Mike LeFevre soon joined the group. They sang part-time initially, but soon became full-time. This continued until 1984 as which point they became a part-time group again for a couple more years before completely disbanding.

Karen Peck sang with the group for approximately two years before joining the Nelons in 1981. After Peck's departure, Alphus' daughter, Marla, joined the group to sing soprano. Todd Nelon sang baritone for a short time before also joining the Nelons. Mike Bowling is another singer who was introduced to the music industry by Alphus through his group. 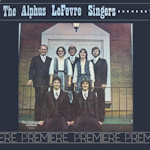 hi-res
1978 Premiere (Thunderhead Records/TH-1832): In My Heart; Without Him; One Step Nearer Home; Keep On The Firing Line; Pass Me Not; My Tribute; Jesus Is Mine; Working On The Building; I'm Gonna Fly; Light In The Valley; The Sun's Coming Up; How Could He Love Me. (Beth Smith, Michelle Davis, Alphus LeFevre, Mike LeFevre, Scott LeFevre, Terry Hooper, Barry Smith). 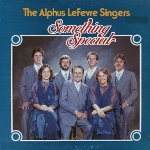 hi-res
1979 Something Special: Since The Light; Give Them All To Jesus; Lord, What Can I Do; Just A Rose Will Do; Walking On The Waters; The Blood Will Never Lose Its Power; Stepping On The Clouds; I'll Live With Christ; I've Come Too Far; Must I Go And Empty Handed; The Lord Will Make A Way; I'll Be Seeing You In Heaven. (Kay Garrison, Uncle Alf, Michelle Davis, Scott LeFevre, Mike LeFevre, Terry Hooper, Dale Kitay)

hi-res
1980 Reborn (Trail Records): He Is There; I've Got My Foot On The Rock; It's Almost Time; He Just Loves Me More And More; Without A Doubt I'm Saved; The Wind Is Blowing Again; I'll Sail Away With Jesus; I Will Glory In The Cross; One Day At A Time; Close To The Master; Give The World A Smile. (Karen Peck, Michelle Davis, Alphus LeFevre, Mike LeFevre, Scott LeFevre). 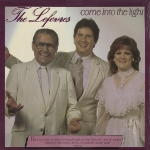 hi-res
1983 Come Into The Light (Calvary Records/STAV-5182): We've Got To All Get Together; Delivered From The Hands Of Pharaoh; Who Will Work In The Field; Jesus Is The Best Thing; Tell And Sing The News; Wake Up Church; My Heart Is Still Rejoicing; I Am The Reason; Gospel Music; Oh How Sweet Is The Victory. (Alphus LeFevre, Scott LeFevre and Marla LeFevre) (Danny Smith and Mike Bowling also sang on this album, but they aren't pictured on the cover).