Prior to organizing the Swanee River Boys, Merle and Buford Abner sang together in a quartet sponsored by the Pepperell Manufacturing Company of Columbus, GA. Bass singer Merle joined the group first, then called for his younger brother Buford when the group had an opening at the tenor position. Buford was only 15 years old at the time (circa 1932), but he was happy to get away from the hard labor of the cotton fields. In 1938, the brothers sang for a while with the Vaughan Five Quartet at WNOX in Knoxville, Tennessee with their Uncle Stacy Abner and Bill Carrier.

Carrier along with Merle, Buford, and a tenor singer named George Hughes formed the Swanee River Boys in 1939. The spelling of "Swanee" is a transliteration of the way most native Southerners pronounce the name of the Suwanee River, as popularized in Stephen Foster's 1851 song "Old Folks At Home."

The group landed at radio station WDOD in Chattanooga, Tennessee. Like many groups of that day, the Swanee River Boys performed a mixture of secular and sacred music. Carrier's acoustic guitar was the group's only accompaniment in the early years. By 1941, according to Carrier's log book, the group had an extensive repertoire of more than 180 songs, which allowed them to present a broad variety of music.

The quartet accepted a position at WSB in Atlanta, Georgia in 1941 and became a fixture on the WSB Barn Dance. Sponsored by the Purina Company, they recorded a series of secular transcription discs with other Country/Western artists. They soon had their own program as well on WSB called The Little Country Church. It was there they became well known for their smooth renditions of Negro spirituals. In fact, they were sometimes booked to perform for black congregations who had only heard them sing on the radio.

Both Abner brothers served in the military during World War II. Fleming Culberson, Lee Roy Abernathy, and Bill Lyles temporarily filled their positions. After the war, the group was reunited. Their next move was to WBT radio in Charlotte, North Carolina where they performed on the CBS network. From there, they moved to WLW in Cincinatti, Ohio. It has been said that while in Cincinatti, the Swanee River Boys would sing as many as 25 live performances per week. In 1947, the Swanee River Boys competed in the NBC talent show, The Big Break, and finished in second place.

Buford Abner composed many of the songs sung by the Swanee River Boys, and would go on to write more than 200 songs over the course of his career. In time, many of his songs would be recorded by a number of groups in addition to the Swanee River Boys. The Swanee River Boys moved around the country several more times over the years, performing on WSAZ in Huntington, West Virginia; on WFBM in Indianapolis, Indiana; WTTV in Tampa, Florida; and on WSM in Nashville, Tennessee.

Bill Carrier left the Swanee River Boys in 1952. George Hughes shifted to baritone at that point, and Horace Floyd came on board to sing tenor. Hughes was replaced by Joe Thomas in 1954, who was later replaced by long-term baritone Don Stringfellow.

During the 1960s, the Swanee River Boys did extensive work overseas performing on two USO programs that took them as far as the Orient. Bill Carver joined the group to sing tenor in the early 1960s. At that point, the group began to limit their repertoire to sacred music according to the liner notes written by Gordon Stoker of the Jordanaires on the album that introduced Carver, Swanee River Boys Finest.

???? Swanee River Boys Finest (Zondervan Records/635): Up To The House Of The Lord; A Man Who Is Wise; A Fool Such As I; Tribulation; I'll Never Turn Back; Wade In De Water; Lower Lights; The Sun Didn't Shine; O What A Savior; Heaven Someday I'll Gain; By And By; Where No One Stands Alone. (Buford Abner, Merle Abner, Bill Carver, Don Stringfellow). 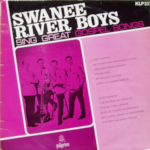 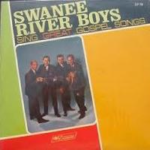 1968 Sing Great Gospel Songs (Zondervan Records/ZLP-718): I Get Happy; Beyond The Farthest Star; Heaven Came Down; Touch Me; After My Cross; Just A Closer Walk; Who Cares; The Sweet By And By; Thank You Jesus; One Of These Mornings; My Lord What A Morning; It's Not An Easy Road (Re-issued in the United Kingdom on Pilgrim Recordings KLP 23.) (Buford Abner, Merle Abner, Bill Nelson, Bill Carver). 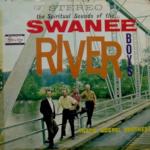 hi-res
1968 "Old Virginny" (Skylite Records/SSLP-6066): When I Wake Up That Morning; I Talk To Him In Prayer; Do You Believe; I Love Him More; When I Move; Was He Quiet Or Did He Cry; Ole Virginny; Worrying; Dip Your Finger In Some Water; A Quiet Room; An Empty Mansion; Things Invisible (Buford Abner, Merle Abner, Bill Nelson, Bill Carver).

hi-res
1969 I'm Building A Bridge (Skylite Records/SSLP-6077): Leave It Alone; A Date With An Angel; Do A Little More; The Unclouded Day; I'm Building A Bridge; Don't Wait For The Hearse; I Am In His Care; Move To The Top Of The Mountain; There's One; Satisfied Mind; Glory To His Name.