Kimberly Keaton began piano lessons at the age of four and by the age of eight was accompanying congregational singing. At the age of thirteen, she recorded Union Bible Seminary Presents Kimberly Keaton At The Keyboard. Her father Rev. James Keaton was president of the seminary at the time. Two more piano albums were recorded and released by the time she completed high school.

Keaton met her future husband, trumpet player Phil Collingsworth, when she was fourteen years old. They began appearing together in concert a few years later and a few weeks after that in 1986 they were married. For the next fourteen years, Kim and Phil led in revival services and camp-meetings where, curiously enough, Kim typically only played piano to accompany Phil's trumpet solos or for congregational singing.

As the family transitioned from the revival circuit to a touring music ministry in 2000, Kim's piano solos returned and quickly became a highlight of their concerts. Piano solo CDs soon followed as did recognition from her fans. Collingsworth was recognized with eight consecutive Favorite Musician Fan Awards by the subscribers of Singing News during the 2010s. 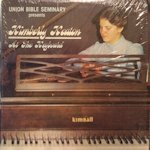 hi-res
198? Union Bible Seminary Presents Kimberly Keaton At The Keyboard: In The Garden; His Eye Is On The Sparrow; What A Friend; Wonderful Peace; Patriotic Medley; A Mighty Fortress Is Our God; The Cross Medley; Just A Closer Walk With Thee; Jesus Loves Me; Wonderful Grace Of Jesus; God Will Take Care Of You. (as Kimberly Keaton). 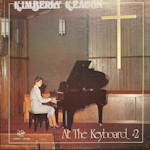 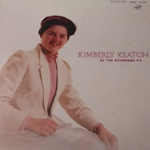 hi-res
198? Kimberly Keaton At The Keyboard #3: Gospel Medley (Rise And Be Healed/He Whispers Sweet Peace/Take Your Burdens To The Lord/For Those Tears I Died/He Giveth More Grace/Hiding In Thee); How Majestic Is Your Name; I'd Rather Have Jesus; Just A Little Talk With Jesus; Jesus Is Coming Again; Amazing Grace Medley (Amazing Grace/My Tribute/Battle Hymn Of The Republic/Hallelujah). (as Kimberly Keaton).

2000 Sunday Morning Ivories (P And K C Music/004): Ivory Palaces; How Rich I Am; He Came To Me; Our God Reigns; Awesome God; How Big Is God; He Is Lord; Majesty; I Will Praise Him; Sweet, Sweet Spirit; Great Is The Lord; Praise The Lord; Just A Closer Walk With Thee; Tis So Sweet To Trust In Jesus; Reach Out To Jesus; He Hideth My Soul; As The Deer; Hiding In Thee; Blood Washed Pilgrim; Create In Me A Clean Heart; How About Your Heart; Softly And Tenderly; Ho, Everyone That Is Thirsty. 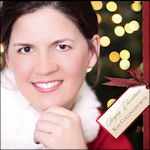 God Is Faithful
We Want To Praise Jesus