Beyond The Ashes was founded by Anthony Facello and was previously named Anthony Facello and Crossroad. The group's final lineup included Facello, Dustin Doyle and Tyler Vestal. When Doyle and Vestal both joined Ernie Haase And Signature Sound in 2015, Facello dissolved the group and launched a solo career. He said he would also appear at a few events with a group billed as Beyond The Ashes And Friends. 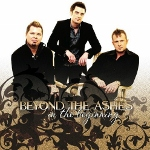 hi-res
2006 In The Beginning: Can't Stop Talking About Him; Some Thing's Never Change; The Blood; Worthy Lord; I Bowed On My Knees And Cried Holy; I'll Win The War; When Jesus Lifts Your Load; Praise Him; Daystar; Through The Fire. (Facello, Howard, Combs - re-released 2010 with Facello, Rivers, Combs) 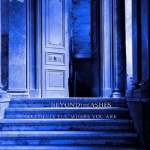 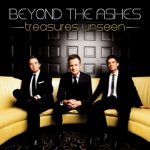 hi-res
2011 Treasures Unseen (Vine Records): Coming Of The King; What I Have I Give; Treasures Unseen; Whenever We Pray; Guilty Of Love; Test Of Time; Tough As Nails; We'll Soon Be Done With Troubles And Trials; I Can't Even Walk; When I Look Upon My Savior's Face; God Sees The Heart. (Facello, Rivers, Monroe). 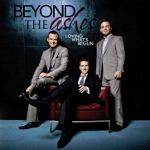 hi-res
2012 Loving What's Begun (Custom Records): Oh Happy Day; I Believe In A Hill Called Mount Calvary; Mountains Of Mercy; His Response; He Looked Beyond My Faults; River In The Rain; I Will Glory In The Cross; Never Been Broken; When I Knelt, The Blood Fell; I'm Too Near Home. (Facello, Doyle, Monroe). 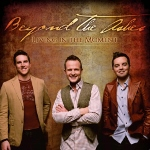 hi-res
2013 Living In The Moment (StowTown Records): So Amazing To Me; Living In The Moment; Oh The Thought That Jesus Loves Me; No Sin Greater Than God's Grace; Peace In The Midst Of The Storm; Walking With My Eyes On Jesus; I Can't Do This By Myself; Where The Gold Begins; When Love Whispers Your Name; Your Love Comes Shining Through; Over For Good. (Doyle, Facello, Monroe).