Chestnut Grove Methodist Church in Washington County, VA had no musical instruments in the post WWII years, so church members Bill Nunley, Jim Nunley, Archie Reynolds, and Gale Webb learned the shaped note system and sang a cappella. By the mid-1950s, they were Sunday afternoon regulars on WBBI in Abingdon, VA and traveling to other states like Kentucky and Tennessee.

Ray Roe took over the baritone spot after Reynold's death in 1962. The group's regional fame increased after they began recording at Arthur Smith Studios in Charlotte, NC. At the height of their popularity, the Chestnut Grove Quartet sold more than 50,000 LPs in one 18-month period. This group was a significant influence on popular bluegrass artists like Ralph Stanley and Doyle Lawson who perform a cappella gospel. 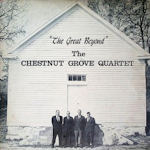 hi-res
???? The Great Beyond: Just Over Yonder; That's The Reason (I'm Getting Ready); The Great Beyond; My Lord Delivered Me; I've A Mansion Over In Glory; I've Got A Lot Of Heaven In My Soul; The Love Of God; I Sailed Back; His Tomb Is Empty; O What A Glad Day; I Wanta Get Right; Let Me Live Close To Thee. 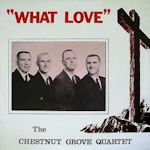 hi-res
???? What Love: Going To Live In Green Pastures; What Will I Leave Behind; What Love; My Farewell Song; I'm Moving Over Jordan; I'm Gonna Be Happy There; He Has Saved Me From Sin; The Touch Of His Gentle Hand; Lord Give Me Just A Little More Time; My Lord's Been A Walking; The Wings Of Faith; I Am Just A Pilgrim. 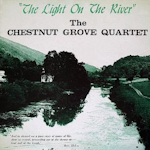 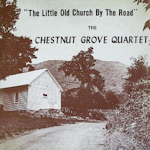 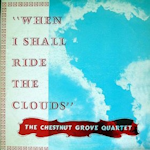 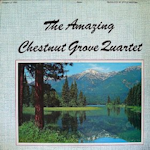 hi-res
???? The Amazing Chestnut Grove Quartet: We'll Still Sing On; We Shall Meet Them; Reach Down Lord And Lead Me On; You've Been True Daddy; They Tell Me; A City Of Light; I'm So Glad; No Sorrow Can Reach Us There; The Cross In The Garden; Lord Don't Leave Me Here; When I Get Home; The Walls Came Tumbling Down. 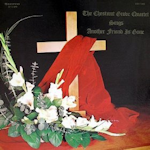 hi-res
???? Another Friend Is Gone: On Heaven's Bright Shore; Jesus Will Lead Me; We'll Tour The Golden City; Over By The Silv'ry Sea; When Life Is Over; If We Had No Jesus; When We Hear The Master Calling; Another Friend Is Gone; Looking For Me; When The Church Moves Away; They Shall Walk With Him In White; Will The Gate Open For Me. 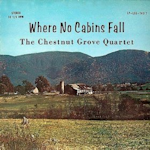 hi-res
???? Where No Cabins Fall: Where No Cabins Fall; Have You Ever Tried Jesus; I Would Like To Have A Talk With Jesus; The Sunrise Is Coming Soon; I'll Thank My Lord For What He Has Done; Amazing Grace; Just Over The River; Will Someone Be Waiting; Come And See Me When I Get Home; Roll On Old Jordan; Heaven Was There; I Will Not Be A Stranger. 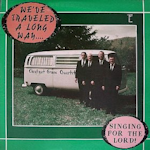 hi-res
???? We've Traveled A Long Way...Singing For The Lord: I'm Longing For Home; Oh What A Friend; What A Time; I'm Just Too Near To The Pearly Gates; We Are Going Down The Valley; We'll Reap What We Sow; Standing By The River; He Whispers Sweet Peace To Me; I Do Not Walk Alone; Tis The Old Ship Of Zion; I See Jesus; I'm A Happy Pilgrim. 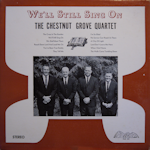 hi-res
???? We'll Still Sing On: The Cross In The Garden; We'll Still Sing On; We Shall Meet Them; Reach Down Lord And Lead Me On; You've Been True Daddy; They Tell Me; I'm So Glad; No Sorrow Can Reach Us There; A City Of Light; Lord Don't Leave Me Here; When I Get Home; The Walls Came Tumbling Down. 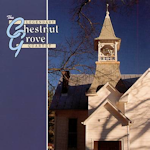 hi-res
1994 The Legendary Chestnut Grove Quartet (County Records/CO-CD-2709): My Lord Delivered Me; I've Got A Lot Of Heaven In My Soul; The Little Old Church By The Side Of The Road; O What A Glad Day; Just Over Yonder; Jesus Will Lead Me; Lord, Don't Leave Me Here; Better Farther On; Where No Cabins Fall; The Light On The River; That's The Reason; Who'll Sing For Me; I've A Mansion Over In Glory; Where The Roses Never Fade; The Great Beyond. (compilation).
All articles are the property of SGHistory.com and should not be copied, stored or reproduced by any means without the express written permission of the editors of SGHistory.com.
Wikipedia contributors, this particularly includes you. Please do not copy our work and present it as your own.